For those of you who are late to the party and this is your first post in this series, this is my first time looking after a litter of puppies by myself.  I’ve been involved in borzois (my breed of choice) since I was in middle school in Central Iowa in the mid-80’s and hanging out in Pauline McGovern’s kennels in Polk City Iowa.  I got my first borzoi of my own when I was still a teenager, in 1991… but tiny little puppies?  Well, all this is definitely breaking new ground for me. I’m the lady that my married friends would sneak up on, hand me their newborns, and walk away… all to observe my terrified expressions from a safe distance so they could point and giggle.  I have ZERO maternal instincts.  I’m the greenest of greenhorns, and although I have lots of people I can call for help, and lots of fantastic online resources I can read, Avidog Puppy raising literature, it doesn’t change the basic fact that I’m still a worrier.

So, sometimes things that are normal parts of puppy development look scary but aren’t necessarily a code red emergency.  I got to learn about one of these last week.

Ah, the joy of the dreaded “Milk Poops.”

After it didn’t clear up within 24 hours I panicked, because, hey… I’m me.  By then, the poop had changed consistency, to more of a grainy texture, like tiny rice.  So, mostly because I’m a big worrywart, we went to the vet.

That’s when I learned that the “milk poops” are a normal stage in a pup’s development.  After the first week or so, the dam’s milk becomes richer, and has a higher fat content to help the pups really start to grow.  Pups sometimes get diarrhea during this transition, as their digestive systems have never handled anything before, much less something this rich.  And it’s very rich!  The little rice-like grains are little waxy blobs of milk fat that they weren’t able to digest yet.

When I was at WalMart getting supplies, I treated myself to a commemorative t-shirt I found.  It was too perfect to pass  up.  I figure it will come in handy as my dog-walking uniform, as well. 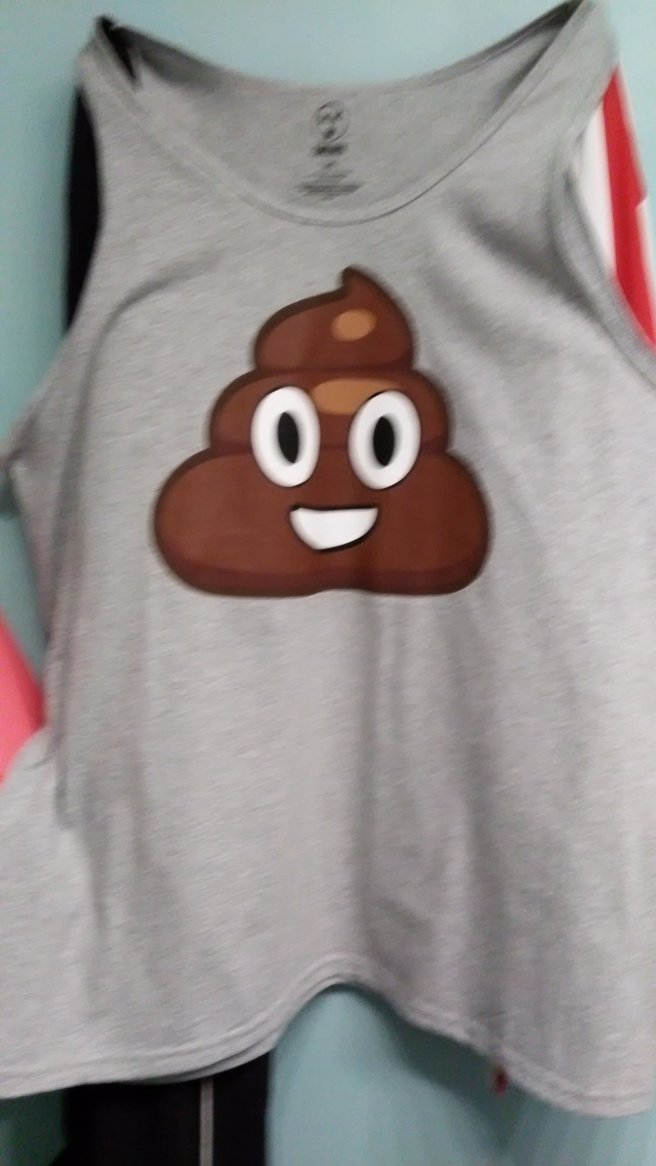