Look How Little We Were! 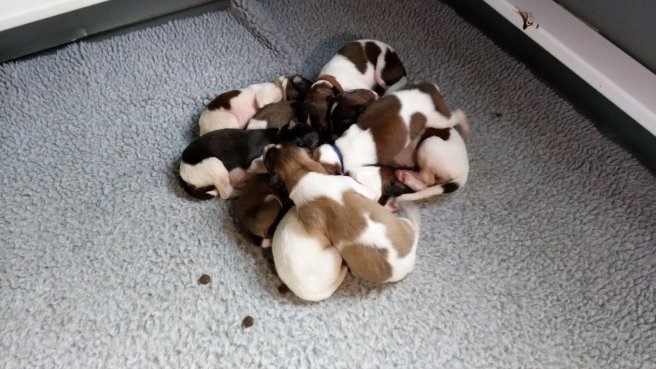 Well, their first day of solid food on Monday was a good start… Light Blue, Orange, and Blue were my big champion eaters!  Which is great, since they are some of the smaller pups in the litter.

Zen jumped in the box and started nursing them immediately after I set the food down – what timing, huh?

So it was a nice low pressure introduction to something new, and every puppy investigated a little.  Some did more than investigate a little. Red, Purple and Orange all ate a surprising amount, considering they’d also just nursed.  Light Blue and Blue REALLY chowed down, by the time it was all said and done. Light Blue immediately dozed off into a carbohydrate coma, sleeping on his back like a little Buddha.  Poor Blue’s over indulgence led to him urping up a little and having an upset tummy. 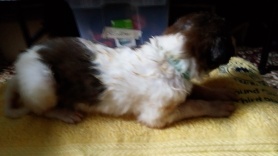 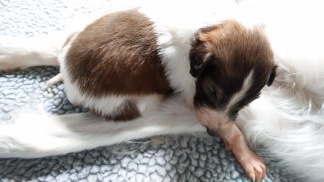 Then, everybody needed to sleep it off.

On Tuesday, when I offered solid food again, Light Blue was once again at the front of the line.  As I write this now, he’s gaining weight faster than he ever has before.  Almost at twice the rate he was before.  I think this is going to really agree with him!

The collective of pups ate everything I put out for them, and then most everything I refilled their bowls with (I’d made extra to set aside for a second feeding later).

Today is Wednesday, and they’re still nursing a regular schedule, though Zen is less and less interested in spending time with them when she’s not feeding them.

END_OF_DOCUMENT_TOKEN_TO_BE_REPLACED

After the pups three week birthday earlier this week, and all the scads of photos I’ve posted so far without identifying anyone, I thought it was high time I got going and took some individual photos.

To be honest, I’ve been putting this off.  I was looking online to see what other people were doing, and I was getting more than just a little bit intimidated.  I could see, time and time again, the neatly stacked, clean, beautifully presented youngsters on page after page of random searches I checked out.

There was just gonna be no way that could happen here!  For starters, it’s just me running the show.  Can’t do much of anything if you’re behind the camera, besides plop the pup down somewhere safe with a nondistracting background and hope for the best.  So, I beat down my inner perfectionist, and got to work.  Today I’ll have a picture of everyone below, and over the next few days I’ll share some candids and a little bit of what I’ve discovered about the personalities of each pup.

Rita intends to make this a “Fire-Themed” litter.  I can see why.  It’s not just the redheads.  There’s a lot of strength of will here.  These guys are just a trip to be around!

So, with no further ado… 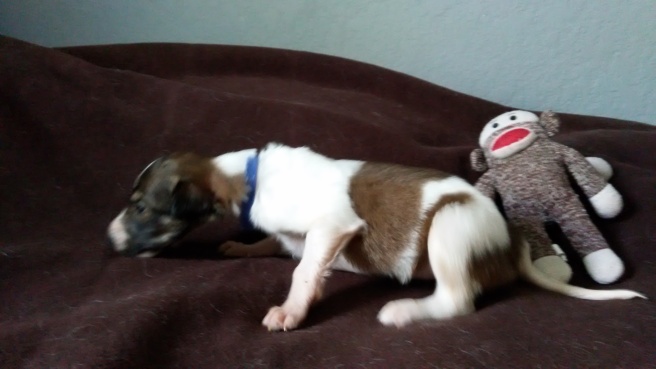 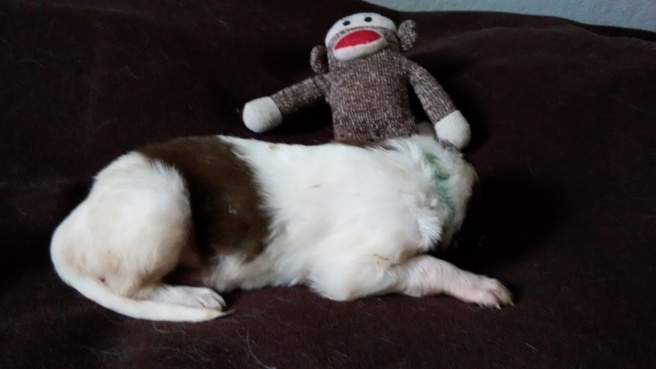 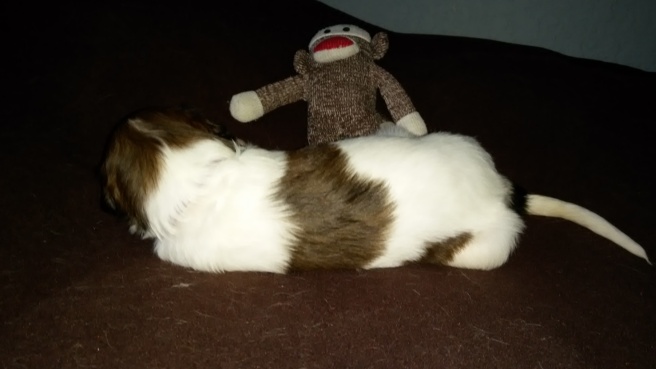 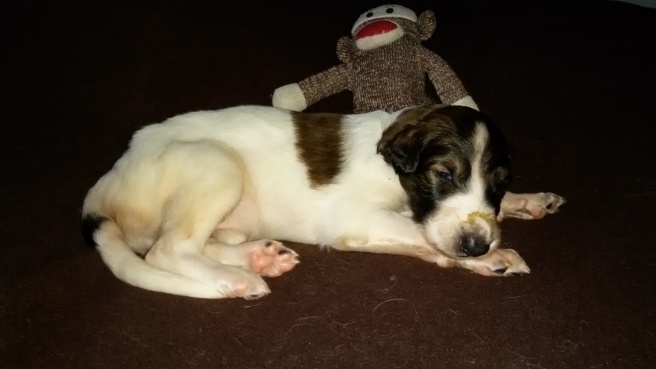 and our last minute surprise.. 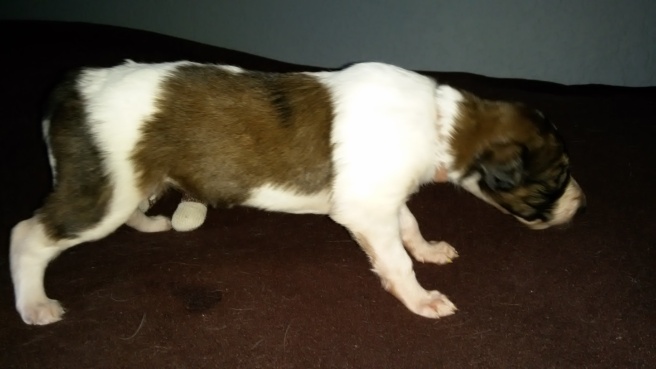 I’ll be doing those candids and more details on each pup over the next few days.  Keep your eyes peeled.